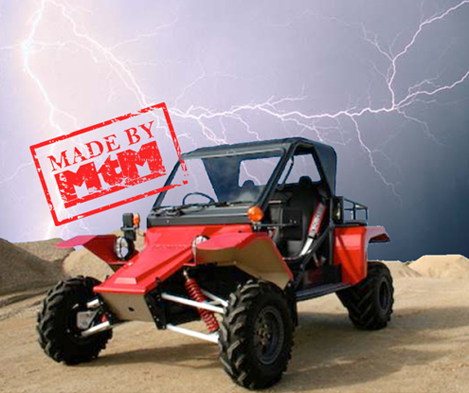 For the past decade, Australian automotive manufacturer, MtM, has sought new opportunities to supply quality components in the world’s largest automotive markets. In 2010/11, exports accounted for around 20 per cent of MtM’s total business; just three per cent was destined for Asian markets.

MTM anticipates its exports will represent almost half of the company’s business within five years and most of this growth is expected to come from Asia.

The company’s first international success came with their expansion into the mature North American market. And after almost 15 years, MtM now operates a successful warehouse and sales office in the US.

“Once you export to your first market you begin to understand a great deal about exporting more broadly,” said Mr Sloan.

“After working in America we re-did our strategy. We’ll do the best we can in Australia, but we believe we have world-class design and manufacturing for both gear shifters and door checks so we’re taking those products to the world.”

A competitive edge in Asia

With an eye on Asia’s growth markets, MtM joined the Australian consortium of global automotive suppliers, AutoLink. And with support from Austrade, the Victorian Government and other AutoLink partners, MtM has been able to develop new relationships in China, Thailand, India and Malaysia.

Working in Asia, MtM quickly realised that many local manufacturers lacked the experience to ensure the high quality increasingly in demand across the region’s booming automotive markets.

“Demand in Asia is changing rapidly,” says Sloan. ”From our experience in more mature markets we understand the consumers’ desire for quality and that really gives us an advantage in newer markets.”

“And as black box designers we can design custom components for our clients. So while we don’t supply a unique product, we do have capability that is unique in Asian markets.”

In 2011, MtM maintains commercial relationships in both India and Malaysia. In India, the company’s automatic gear shift boxes have been used by Mahindra & Mahindra in the manufacture of a Sports Utility Vehicle planned for export to the US.

Whilst in Malaysia, MtM has established a Memorandum of Understand (MoU) with resident manufacturer, Proreka. Working on behalf of MtM, Proreka will market MtM’s door check and gear shifter technology throughout the country.

[pullquote align=”right”]And with support from Austrade, the Victorian Government and other AutoLink partners, MtM has been able to develop new relationships in China, Thailand, India and Malaysia.[/pullquote]

Determined to make a mark on the world’s biggest automotive market, MtM has established its own company in China to deliver door check and gear shifter technology from a local base.

Shanghai-based MtM Autoparts was established in late 2008 and recently achieved technical certification [TS1694] ensuring the quality of its products in the Chinese markets. With the onus now on product demonstration, MtM Autoparts has begun the small-scale manufacture of door checks.

“To be competitive in new markets you have to be able to demonstrate your technology – that’s part of building relationships and it takes time,” says Sloan.

According to Peter Sloan, building trust within the market can take years of work but these strong business relationships are a central part of business practice throughout Asia.

For MtM, significant local involvement has been an integral part the company’s ability to build relationships in the Chinese market. Peter Sloan believes that working exclusively with local staff – trained in MtM’s quality manufacturing systems – will lead to significant exporting success for MtM Autoparts in China.

In the long term, MtM hopes to replicate its China strategy in other parts of Asia, minimising reliance on local technology partners and increasing the integrity of the company’s products and services.

A strategic approach to the future

Over the five years, MtM will seek to grow its Asian exports to around A$10million per annum but the company has learnt to concentrate its efforts where export potential is greatest.

Whilst China, India and Thailand are the region’s largest automotive markets, Peter Sloan says MtM is not currently looking to Thailand for export opportunities.

“We explored the Thai market early in our strategy but we found it particularly challenging as a lot of the sourcing decisions are made elsewhere – particularly in Japan,” says Sloan.

With assistance from Austrade, MtM has turned its sights to the region’s other significant automotive markets and continues to work through AutoLink to access new opportunities across the global industry.

“Even if you’ve exported before, there’s a great deal you need to learn when you are looking to enter a new market,” says Sloan.

“Austrade’s staff helped us to understand the economic and political situations in the countries where we are working, and their industry contacts open many doors for MtM in Asia.”